You are here: Home / Personal Stories / Don’t Forget to Check the Ceiling

Last night I watched Doctor Who and although I don’t want to give any spoilers, I will say that it featured spiders, lots of them. This is what has inspired me to write this post because at one point of my life I would not have been able to watch that episode.

The act of checking a room thoroughly to ensure there are no eight legged creatures present. This can be as simple as an eye scan, where your eyes flit around the ceiling walls and floor of a room for evidence, to a complete check, for instance, under the bed or behind the curtains.

I used to be an arachnophobe, I know these things. Intensive spider checks would be made each night before I go to bed. Eye scans are performed upon entering a room. If you are afraid of spiders there is no way you want to be in the same room as one.

When I was a small child we had an outdoor toilet. You had to leave the house by the back door and enter the toilet, which was not actually in the garden, but the toilet door was. There was a bathroom, but no toilet in there. Why were houses built this way?

One day I was sat on the toilet and when I reached for the loo roll and a big spider came tumbling onto my leg. I screamed. I mean I really SCREAMED. I jumped up and ran into the garden, no time to pull up my knickers. This is my first real memory of my spider fear and from then on it just grew and grew. There was a time when I could not enter a room with a spider in it and spider checks were such a feature in my life the practically took over.

To me, there was no such thing as an tiny spider, they were either, huge, massive or humongous. I hated them all. Now, I do categorise them by size, small ones I can safely remove myself, large ones I can remove myself without having a heart attack. Huge ones are left to someone else to be removed.

I consider myself no longer an arachnophobe  even though the spiders have to be removed. I can even remain in the same room as small spiders for several hours. I have even slept in a room with a spider in it. For me, this is huge. I am proud. I was never so brave before.

At the age of 12 my arachnophobia was quite severe. I went to be one night and did my full spider check. Even behind the curtain and under the bed. I climbed into bed and pulled up my bedcover. A huge spider came scuttling up the cover towards me and I screamed…sorry, I SCREAMED. My step dad came in and searched every inch of my room but could not find that spider. Had I imagined it?

As I got older I have several recollections of waking up with a spider beside me and jumping out of bed in a panic, whacking the bed with whatever I could find while my heart pounded in my chest. Often the person who had been in bed with me would wake up thinking there was an axe murderer in the house and would be equally anxious and fretful. So many times there was no spider to be seen. When they’ve been frightened like this, they hide good. It took me a long time to realise that they can hide for very long times and were unlikely to come back and try their luck again. So many sleepless nights taught me this.

Not long after meeting my first husband he thought it would be funny to put a spider he’d found crawling on the floor on to my leg. He didn’t find it funny for very long and NEVER tried anything so ‘funny’ again.

Not that long ago, but when My Little Man was a lot younger there was a time when fresh out of the shower I had a towel turban on my head. I was putting the little man’s socks on when he suddenly started giggling uncontrollably. I started laughing too and tried to find out what he thought was funny. He said one word ‘spider’ and my laughter turned to panic. ‘Where?’ I demanded ‘Where’s the spider?’ He didn’t have to answer because at that point, the spider that I picked up in the towel and wrapped around my head was now crawling over my face. I swiped it off and then trod on it.

Another time, when the Little Man was a few years older I heard him giggling in the bathroom. He was laughing so hard I just had to go and see why. He was sat on the toilet looking down the bowl between his legs and laughing so hard he had tears in his eyes. Ok, I was really curious now and had to take a look down between his legs. There was a big black spider running like crazy around the toilet bowl! Apparently, he’d found it on the side of the sink and wondered what would happen if he put it in the toilet.

The Little Man is NOT scared of spiders.

As a single mum with arachnophobia life was difficult at times. I would be knocking on the doors of neighbours to catch them for me. Graham had been catching spiders for me for at least a few  years before we became a couple. I think I struck lucky having my spider catcher move in permanently.

But I also made the decision that I had to get over this phobia. It can be done with a little strength and will power. Like I said before, I can actually be in room with a spider now. I still don’t like the really big black ones, especially if they run across the floor. I may even squeal a little (note I said squeal, not SCREAM.) I can’t pick them up in my hands like Graham and the Little Man, but I can catch one in an upturned glass and slide a piece of card over it, then escort them outside.

The first spider I caught was in a bug catcher, a little clear plastic case on the end of a long stick. The idea was to put it over the spider, turn it ninety degrees so the door shut and move the spider to safety. Sounds easy, right? I saw the spider on the landing at the top of my stairs. I managed to put the bug catcher over him at arms length. Then I froze. I suddenly realised that I was in close proximity to this spider and one tiny false move and this spider could be running towards me, or just running, either was terrifying. I stood there until my arm ached, but I couldn’t move the case to shut the door. In the end I got the help of my daughter who fetched some heavy books from the bedroom. We made a plan, the spider would drop and we would both drop out books on it. It was my worst nightmare but we did it. Sadly the spider did not survive, and what actually happened has been erased from my memory.

Since then though I became more adapt at using the bug catcher and have actually been through three of these contraptions, the last one broke last year and hasn’t been replaced because I can catch spiders in glasses now.

The biggest difference has been the decrease of panic when seeing a spider. Before, my heart would race and my flight instinct activated. But now, I don’t really like them but I’m nowhere near as bad as I was.

It’s probably because of my fear of spiders that I have so many stories of them throughout my life. This post barely touches on the number of spider stories I could tell you. There was even one that got me locked out of my house. I ran out  to get away from it and closed the door behind me.

I hope you have enjoyed my tales, you can laugh at me if you wish, or maybe you have squirmed a little too. The good news is, I am living proof that you can get over arachnophobia. I still don’t like September rain though, if it rains in September you can almost guarantee you’ll find a spider in your house.

Over the years I’ve tried all sorts of methods of preventing spiders in the home but if I’m honest, I’ve not found chestnuts, lemons, mint or even garlic to be of much use. If it makes you feel better though, it’s always worth trying. 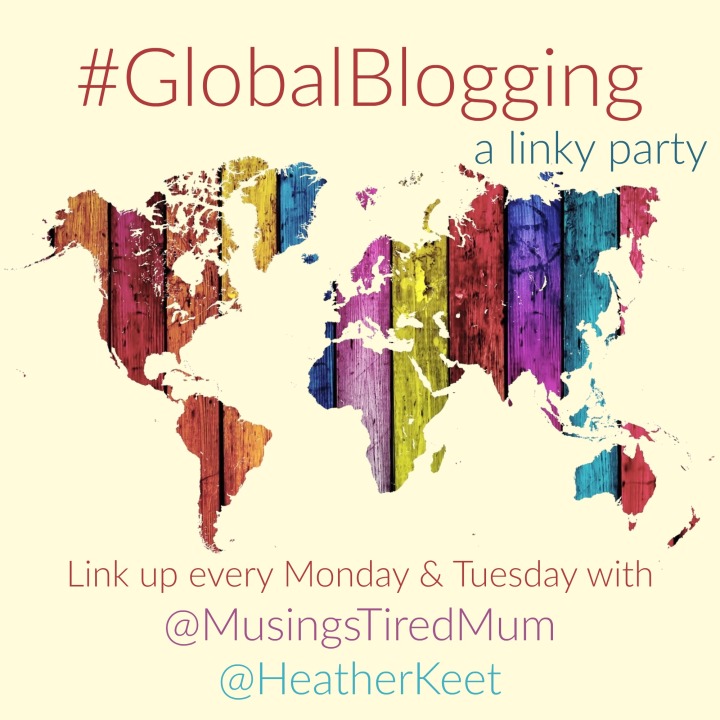